Some of the major industry leaders are dropping out of Baselworld, the largest watch industry trade show in the world. Rolex and the other influential watch brands in the world, Patek Philippe, Tudor and Chopard have announced that they will be leaving Baselworld. For over 100 years, the Baselworld event has been a platform for all the watch brands to announce new products to retailers, press and VIP clients. This year, for the first time in history, the show was postponed due to the Covid-19 pandemic. Originally scheduled to be held, from April 30 to May 5, the show was postponed to January 8 to February 2, 2021. However, after the shocking news of the major players of their intention to leave the show, the organizers have announced that they are cancelling the event for 2021. This is big news in the watch industry as it is the first time the organizers have every called off the event that has been going on for over a century. 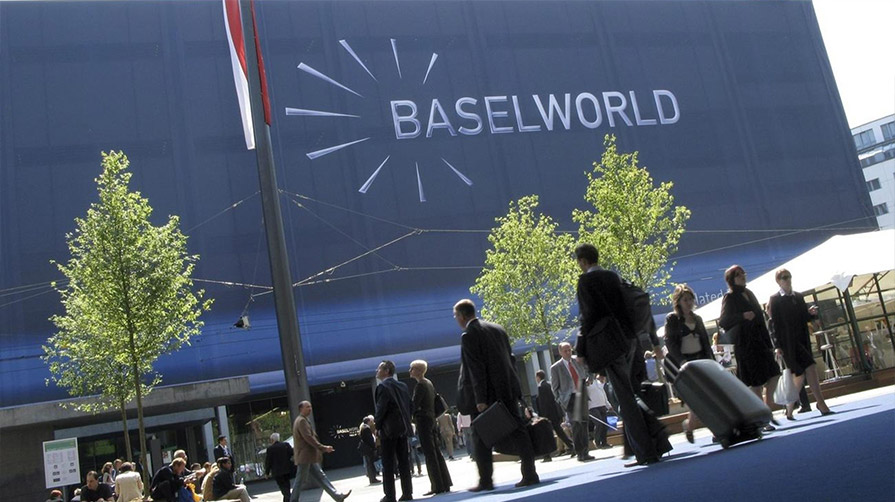 The decision by Rolex and Patek Phillipe to leave the show, announced on April 14 was the start of all the other big brands following suit. These two brands along with Tudor, Chopard and Chanel said that they would hold their own exhibition in Geneva at around the same time as the Watches & Wonders. This was then followed by all of LVMH's watch brands, Tag Heur, Hublot and Zenith. Bulgari also decided to pull out as speculated as they had already hosted a lavish summit in Dubai in January to showcase their new arrivals for 2002 to the VIP clients, retailers and the press.

It has been reported by WatchPro that, these high lucrative brands are accepting lower refunds in payment for their participation in the Baselworld show, so that the smaller brands suffering losses due to the global economic crisis can be compensated by higher returns.

The owners of Baselworld, MCH Group, are looking at various other options for the event in the future. However, serious collectors will now look at Geneva as the place to get their hands on the latest releases. The major players who have left the Baselworld show are now setting their minds on forming a new event that will take place in Geneva at the same time as Watches & Wonders.

When asked about the decision to leave Baselworld, Jean Frédéric Dufour, the CEO of Rolex said in an official statement. "We have taken part in Baselworld since 1939. Unfortunately, given the way the event has evolved and the recent decisions made by MCH Group, and in spite of the great attachment we have to this watch show, we have decided to withdraw."

He then added, that their had been discussion initiated by Rolex, in which it was decided to create a new event in which all the partners shared the same vision and support for the Swiss watchmaking sector. They wanted to present their new watches in line with their needs and expectations and within the interest of the industry. This would enable them to differentiate themselves from Watches & Wonders plan to be more consumers focused. The new show, started by Rolex and the other major brands will only be open to the press, retailers and important clients, as was the case with the previous trade shows. This shows that these brands were safeguarding their exclusivity and protecting themselves from the masses.

Baselworlds management and lack of communication have disgruntled most of the top brands. Their decision to postpone the event until January 2021 didn't go well with the industry players who felt that the Baselworld show did not represent the brands vision anymore. According to Thierry Stern, “The decision to leave Baselworld was not an easy decision for me to take, being the fourth generation of the Stern family to participate in this traditional yearly event. However, life is constantly evolving, people and things change as well, whether it is at the level of those accountable for the watch fair organization, the brands or the clients. We continuously need to adapt ourselves, question what we are doing is right or not, as what was right yesterday may not necessarily be effective today!” He further added that the needs of the industry had altered and they have to make sure that they meet the legitimate needs of the retailers, clients and press around the world. It was important for them to have a platform to show the new models from Swiss watchmakers each year, at one time and in one place in the most professional manner possible. That is what prompted the discussion with Rolex to create a unique event in Geneva that would represent them.

Industry insiders were not surprised to hear of the major brands leaving the Baselworld show as they had been expecting Roles and Patek Philipe, especially to leave the trade show. To top it off LVMH watch brands celebrated a new event in Dubai in January to show their new designs and hinted that it could become a permanent event. Furtermore, Swatch Group announced its departure from Baselworld in 2018 and hosted its Time to Move event in May last year to debut its new releases. Chanel has also made the big move to leave Baselworld and has added that this decision is a long-term strategy. The new platform that is being planned is not a temporary testing ground but a permanent move, which will enable the big players to present their new creations in a platform that meets their high quality standard.

Chopard has also been an inherent part of the Baselworld shows since 1964 and has cited the decision to leave the event as a 'painful'one. However, the co-president Karl-Friedrich Scheufele added that the new event with Rolex, Tudor and Patek Phillipe will allow them to serve their clients and partners better and they will be able to promote values and interest of the Swiss watch making.

With the recent developments, the future of the Baselworld Trade Show still remains to be seen. Without the backing of the major key players in the industry the success of this show in the future appears dim. However, once the current global environment is settled, the management of Baselworld, will make the necessary adjustments to ensure that it retains a prominent place in the industry.